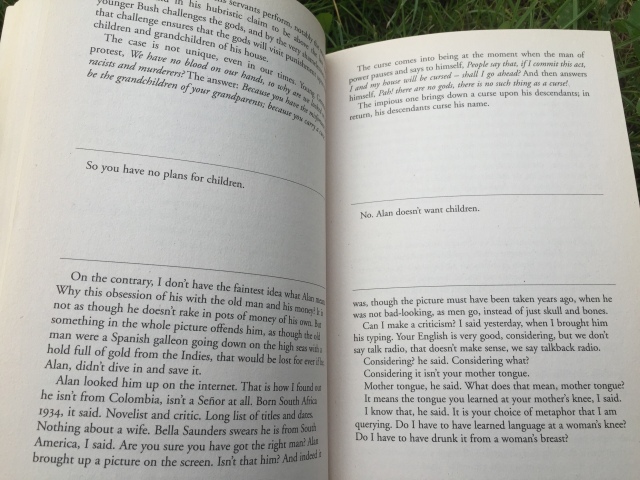 J.M. Coetzee’s Diary of a Bad Year is after Waiting for the Barbarians the second book of the same author which I read this year. Normally, I don’t read novels. But when I started reading the first chapter of this one, it was an essay.

Another essay by Coetzee about the merged image of African warriors and Ancient Greeks in the British perception of the early 20th century, initially a lecture he had given at the Siemens Foundation in Munich, I read and enjoyed many years ago. So I continued reading in the Diary to realise soon that the pages of the book are divided into an essay on politics supposed to be written by a grey-haired intellectual on the top of every page, said intellectual’s story about his encounter with a floozie called Anya in the middle of every page, finally – bottom – Anya’s account on the author or, as she calls him: el señor.

This is OK. Literature addresses big ideas via some Anya and some señor. 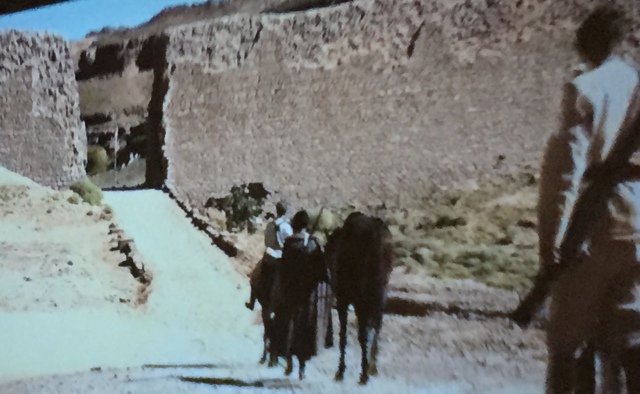 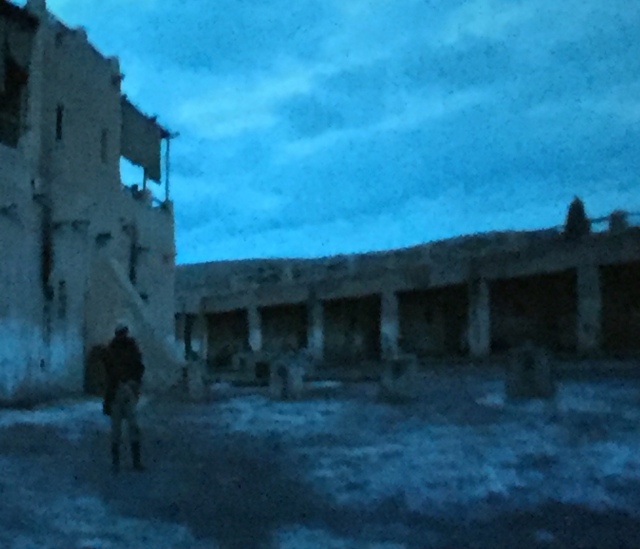 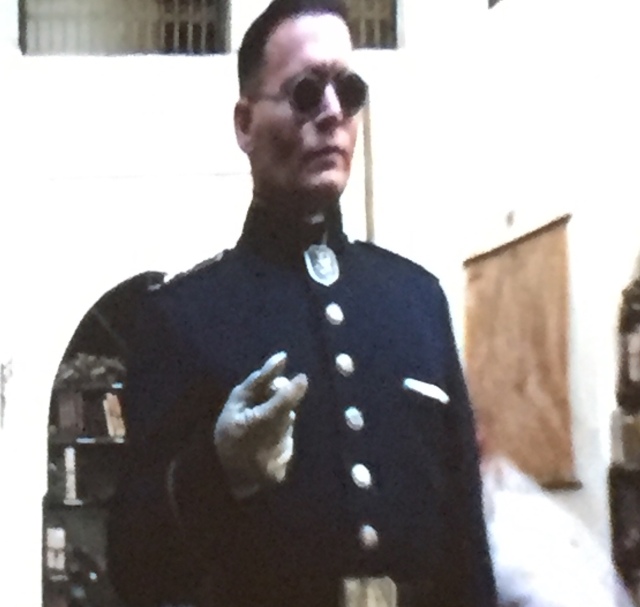 When J.M. Coetzee won the Nobel prize for literature it was the time I was producing a radio broadcast for Radio Hessen, a state owned broadcasting corporation based in Frankfurt. Surprisingly enough, in my life I haven’t read much contemporary English literature but a title like Waiting for the Barbarians deserved definitely a mention in my radio broadcast.

However, I didn’t want to read the book. So I looked up in the German state-owned broadcasting stations’ media bank to find out that someone had allowed for a colleague to travel to Stockholm … for shopping! While I hoped for an interview with the laureate, she had sent 60 seconds full of boredom. Which is weird. Normally, in 60 seconds you didn’t have the time to get bored…

I had to read the book after all, to verify my suspicion: Coetzee’s Waiting for the Barbarians bears a clear reference to Cavafy’s poem of the same title: the empire (which empire? The reader never knows) enjoys a decadence covered up only with the help of a fictitious threat – the “barbarians”. Cavafy, the poet, and the Magistrate in Coetzee’s novel are the ones with the role to say that the barbarians are no enemy, let alone a threat – to be annihilated by sorrow (the poet) or the authorities (the Magistrate).

First reviews spoke of a work aiming at apartheid. Coetzee lived and taught in his native South Africa back then. Ciro Guerra’s movie Waiting for the Barbarians (2019) though, starring Johnny Depp as the inhumane colonel Joll, focuses on Cavafy’s main inspiration, an Anglogreek one from early-20th-century Alexandria. The empire – the British, the Roman – will not fall. Unfortunately… The movie’s barbarians resemble Central Asians, the landscape is North African and Levantine. Guerra reduces Coetzee back to Cavafy and makes the novel an opera apertà that can be read anew without the restrictions of its interpretations in the 80s. 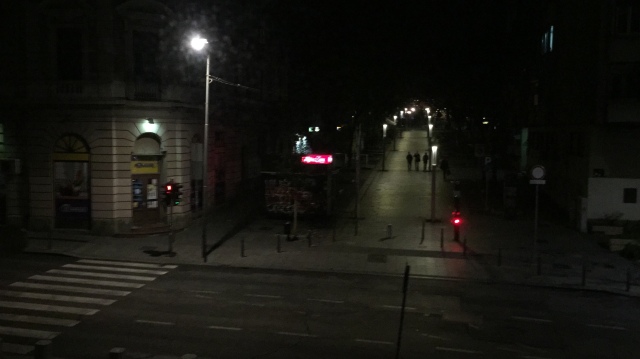 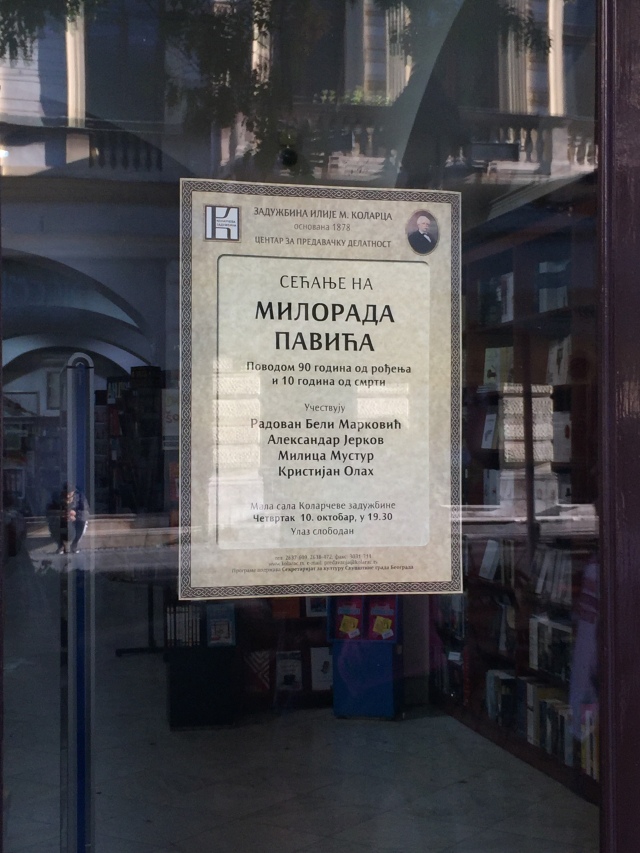 Hungry and tired and denied a table in Vuk we strolled in the Knez Mihajlova when I thought of Proleće. You can always find a table there! It was rather too late in the evening of October 10, 2019. Earlier, in the afternoon, still in Greece but near the state borders, the car radio had said that Peter Handke was one of this year’s Nobel prize laureates. Now, despite hunger and darkness, I noticed the announcement of a just finished literary evening “90 years after the birth and 10 after the death” of Serbia’s other great novelist, Milorad Pavić. Wife and children were in a hurry “Where is your plan B? We’re hungry!” I thought I was ridiculous thinking that Handke would have been celebrated in Belgrade in the very evening of the announcement from Stockholm.

Proleće had a table alright… 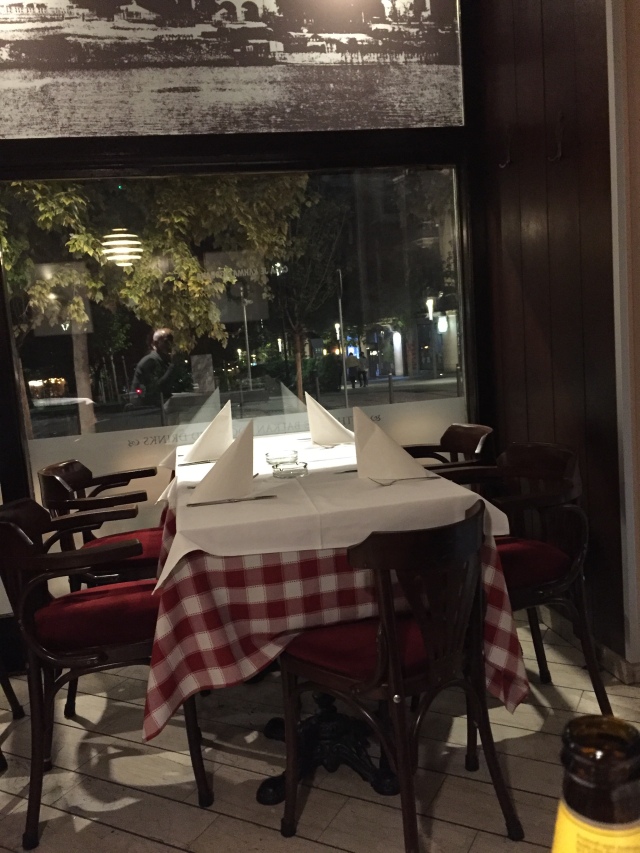 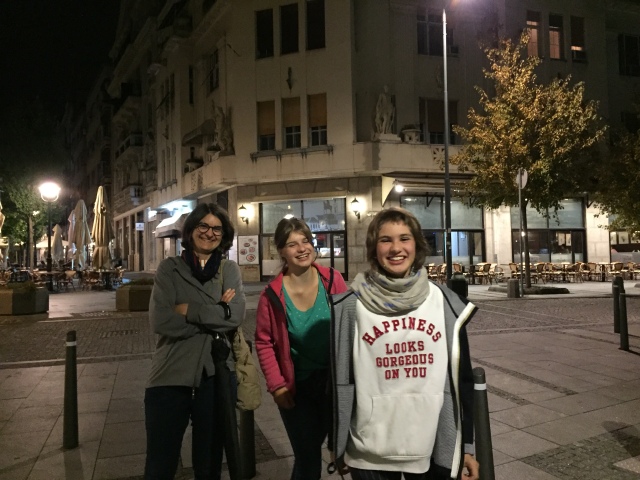 I do believe that Handke is a great author of Serbia although he has never written literary texts in Serbocroatian, a language in which, nevertheless, he is fluent. What I also believe is that he loved Yugoslavia in a rather postmodern way. But he who has not sinned cast the first stone. To me too, about the same time, Yugoslav market places, Yugoslav bookstores, Yugoslav newspapers appeared as the Southeast the way it once was: full of pretentious seriousness in the literary supplement, full of self-irony in the fiction department, full of fun beside the vegetables where a gypsy band played one of the innumerable versions of “Come and make me yours” full of major seconds and melismas.

Exoticism has very rarely been held to be big art. But I’m not an artist, so I wouldn’t care if I were attributed bad taste. Not much anyway. Paul Gauguin was happy to see his exoticism winning the Parisian public over. Pierre Loti’s fame, Gauguin’s first inspiration to visit Tahiti, melted however rapidly. In the 20s, the Turkish poet and socialist Nazim Hikmet was wondering what an imposter it takes to glorify poverty, prejudice and superstition in the name of picturesque, giving his poem the title “Pierre Loti”.

One century after the Pierre and the Paul of Tahitian exoticism, Peter Handke focused on a picturesque much closer. It was – to put it sarcastically – an emerging picturesque. To quote a back then famous movie: Lepa sela lepo gore: nice villages burn nicely.

Handke never employed sarcasm in his two travel journals in Serbia and Bosnia. At most, he quoted it: “May your house be shown on CNN!” as a curse between quarrelling neighbours for example (CNN was showing much burned down property in those days). Handke never wrote war propaganda – unless it is war propaganda to adore the “different yellowness” of pasta purchased from a Serbian market. In Handke’s work there is nothing that could connect his Nobel prize with genocide. But this is exactly what is constantly repeated in the two last months.

To return to Milorad Pavić, 10 years after his death and 90 etc: also he styled a postmodern picturesque. And – what was more dubious in Milošević’s Serbia – he became a member of the Serbian Academy. In 1991! No complaints here!

The difference is probably that Pavić lived in Belgrade. Someone like him had the right to love and hate whoever he liked. Handke however lives in Paris. Consequently it is the journalism that has to decide if it was OK to be Yugophile…